John Brown was born in Torrington, Connecticut on May 9, 1800 to a religious antislavery couple named Owen and 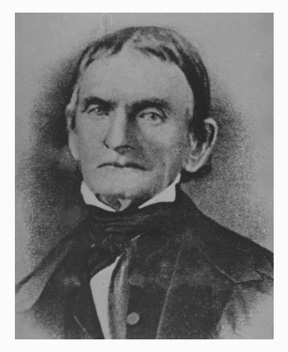 Ruth Brown.  He had an early interest in abolition likely started by his father's own passion for the cause.  At the age of 5 John moved with his family to the Western Reserve which is now a part of Ohio.  He was an awkward and solitary child but was especially close to his mother.  She died when John was 8 years old after giving birth to a daughter that only survived a few hours.  This left him devastated.

In 1816, he enrolled in school in Plainfield, Massachusetts to prepare for college.  He soon transferred to Morris Academy in Litchfield, Connecticut.  Long hours of reading by candlelight hurt his vision and he developed a severe inflammation of the eyes.  This combined with the poor quality of his previous education forced him to give up his schooling and he returned to Hudson, Ohio.

In 1820 Brown married Dianthe Lusk.  She was a year younger than John and just as religious and they were married at the Congregational Church in Hudson, Ohio.  The first of seven children John, Jr. was born in 1821, followed by Jason in 1823 and in 1824 by Owen.  Dianthe died in 1832 during childbirth.  With five children Brown married Mary Ann Day a year later in 1833.  They went on to have thirteen children. 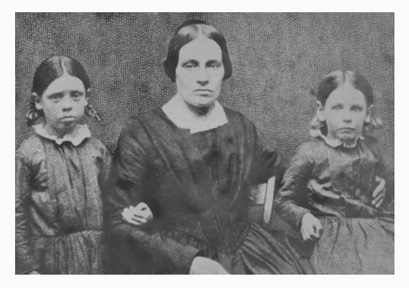 In the next few years Brown had to fight business reversals and bankruptcy in 1842.  Brown's financial struggles constantly posed a challenge to his commitment to the cause of abolition.  In the span of his life, he owned a tannery, ran sheep, and made numerous investments that went bad. At some point among this frustration, Brown began to view himself as a messenger of God - his mission was eliminating slavery.

The impetus for John Brown coming to North Elba, N.Y. was the formation of Timbuctoo a black community in the Lake Placid area.  He specifically wanted to be able to support the new settlers, teach them to farm and watch first-hand the formation of this experimental society.  Unfortunately, it was soon realized that the mountainous, and cool climate of the forested land was not well suited for farming, and the settlement failed. 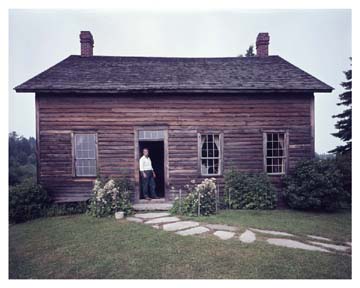 John Brown continued to participate in movements even into his elderly years. The two most famous and brutal were at Kansas and Harper’s Ferry, West Virginia.