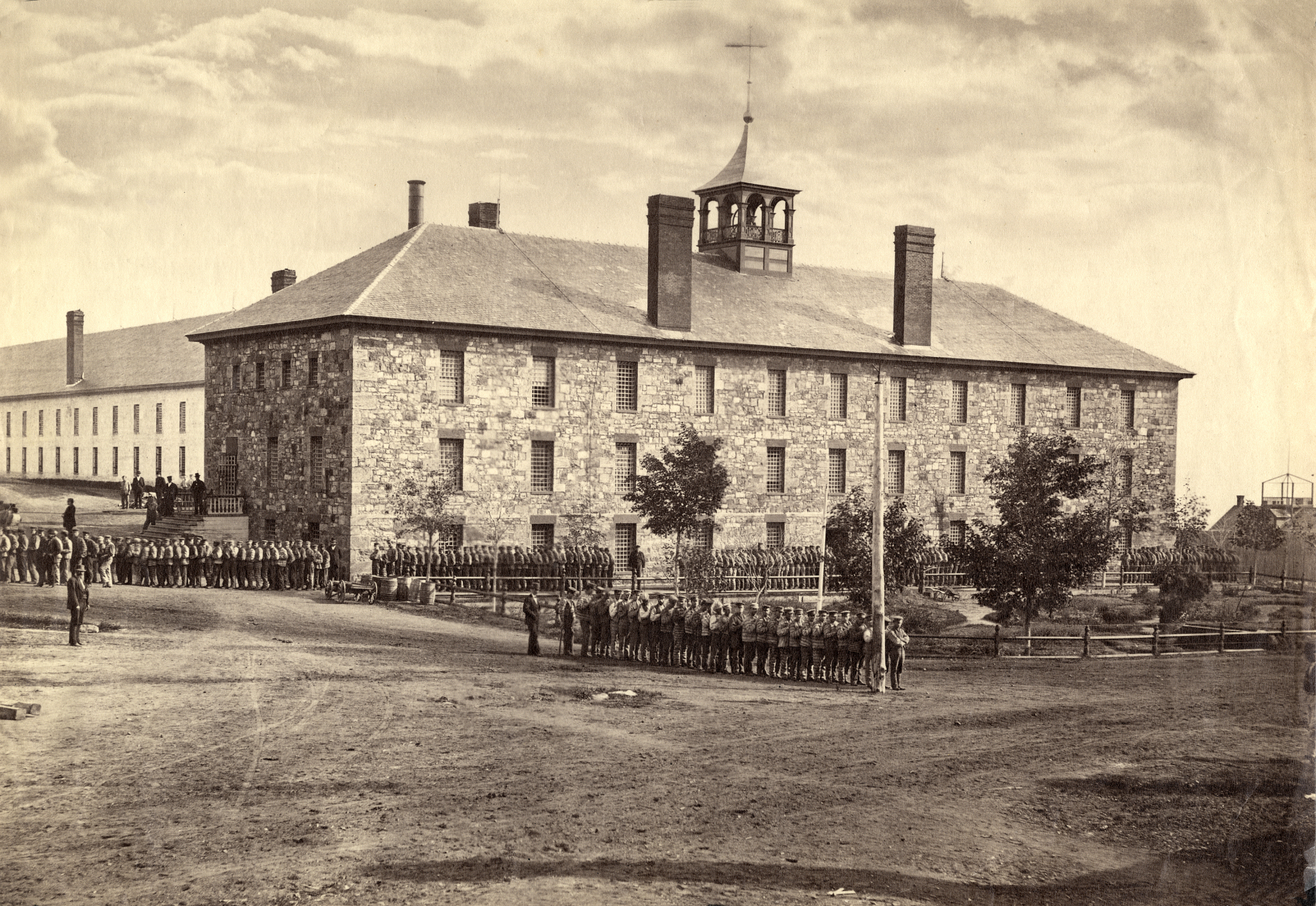 Clinton Prison at Dannemora was established in 1844 with the purpose of using inmates to mine iron ore, smelt it, and manufacture iron products such as nails, which it did until 1877.  This photo, taken by Stoddard in 1871, shows the inmates in lock-step formation, posed outside the building that served as the kitchen and dining hall.  The long incarceration hall is seen at the left.  These structures have long since been replaced, but the prison continues today as Clinton Correctional Facility, with an inmate population of approximately 3000. 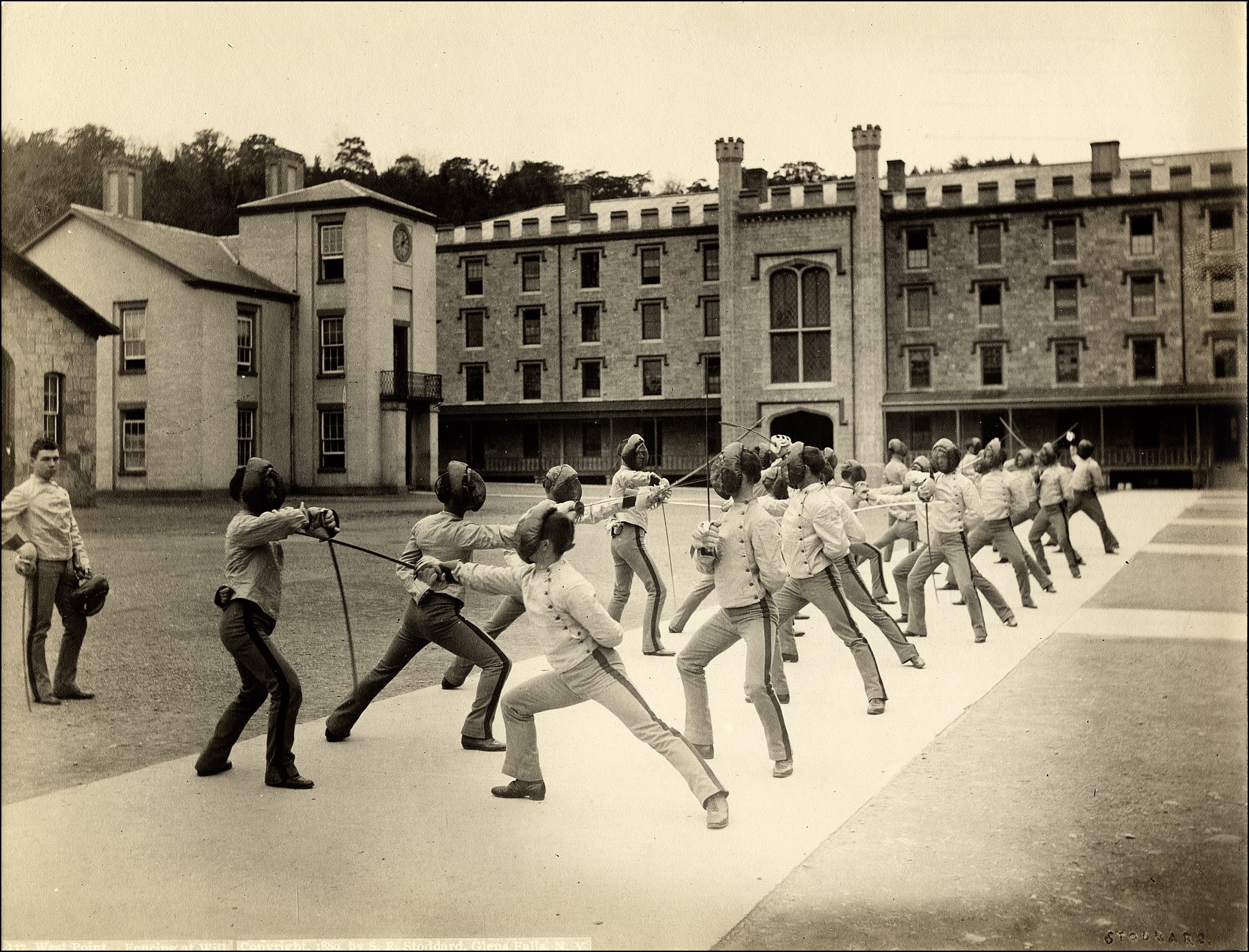 Stoddard labelled this photo "Fencing at Will," in which we see West Point cadets demonstrating their skills.

A Man of Imagination

One final self-portrait, this one from 1895:  Stoddard with a concealed camera that he used in his later years when travelling abroad, to capture unwilling subjects.  Hmmm... 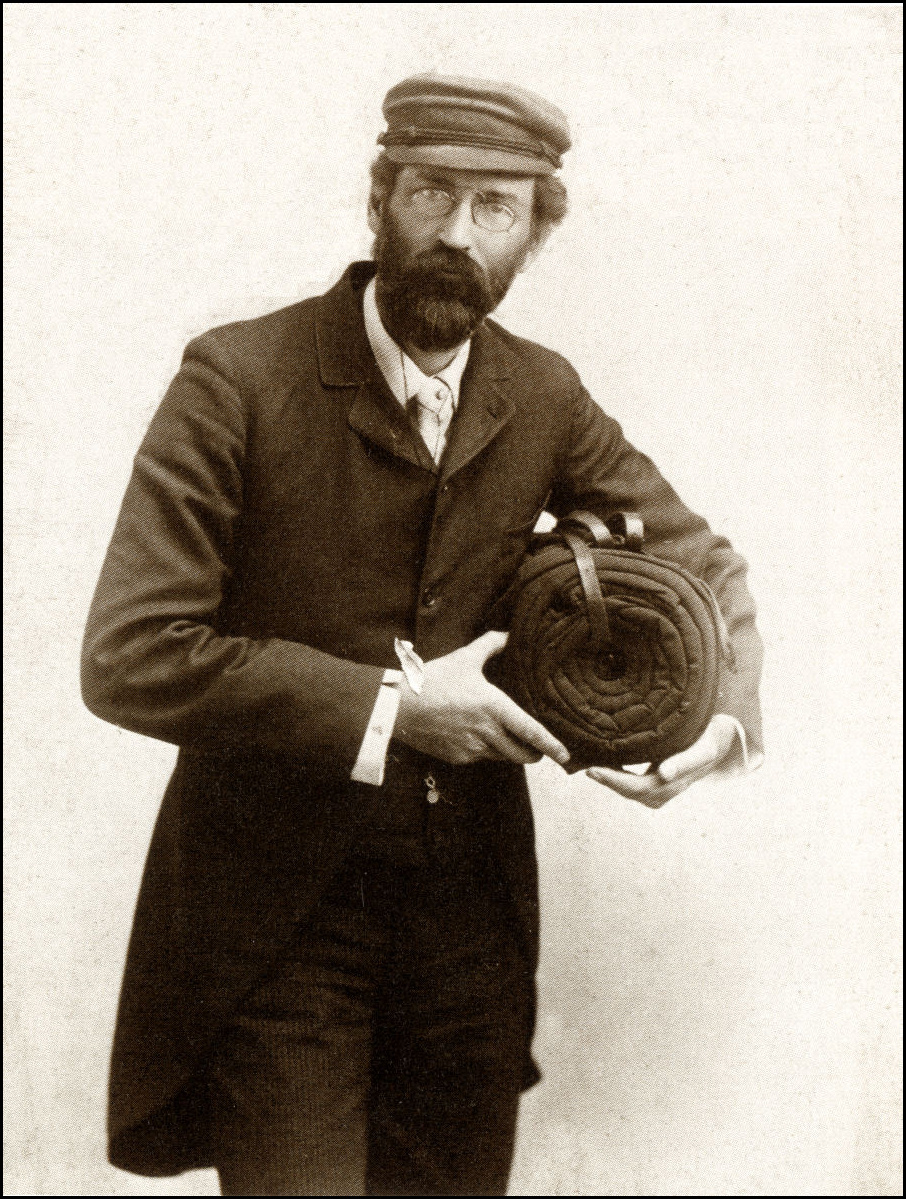 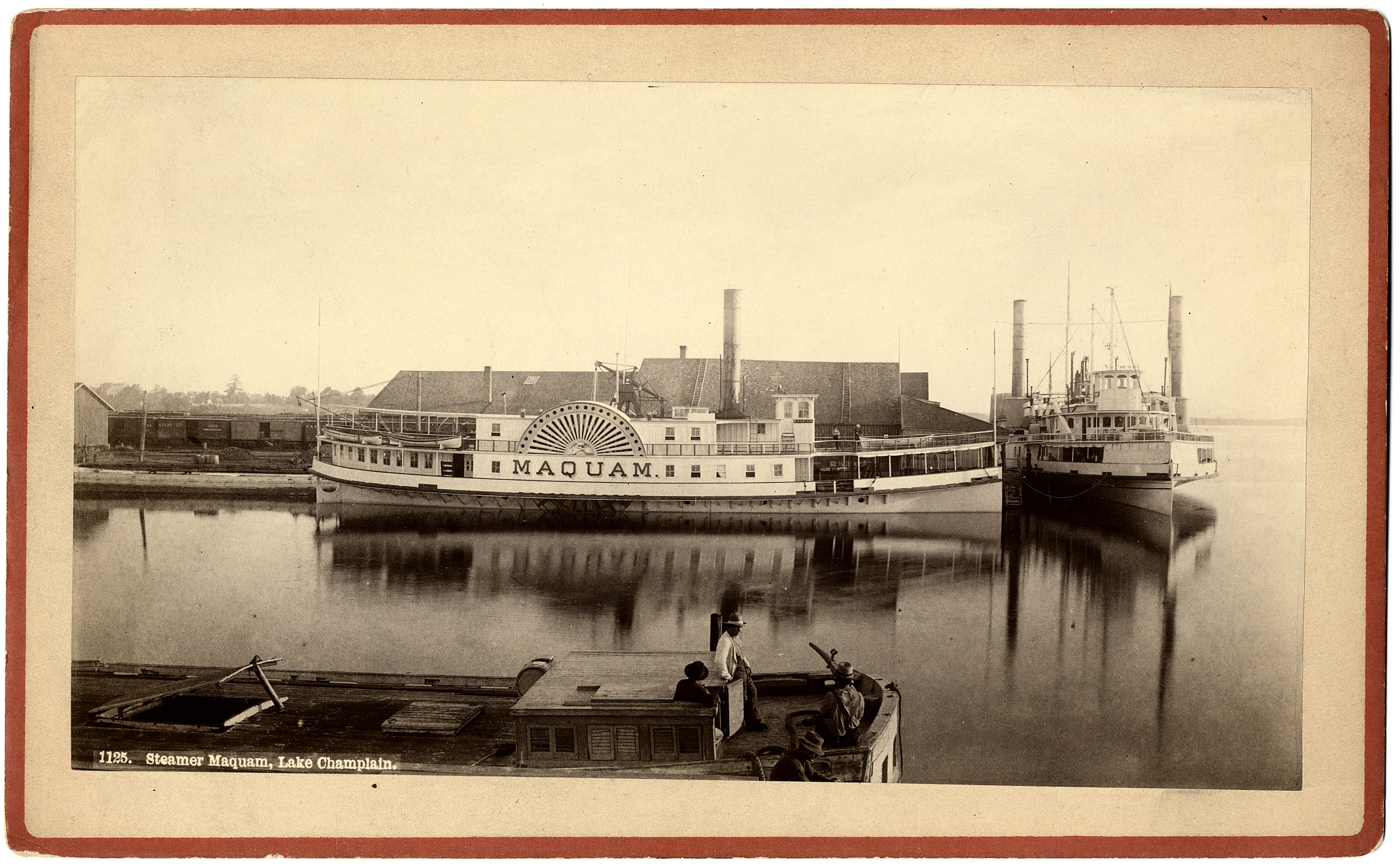 The steamboats "Maquam" and "Vermont" sit at the dock in Plattsburgh.  Stoddard captured this image on a day when Lake Champlain was very calm.

In 1889 Stoddard took a large number of photos at the U.S. Military Academy at West Point on the Hudson River.  Here we see a group of newly arrived candidates at attention, getting their first instruction. 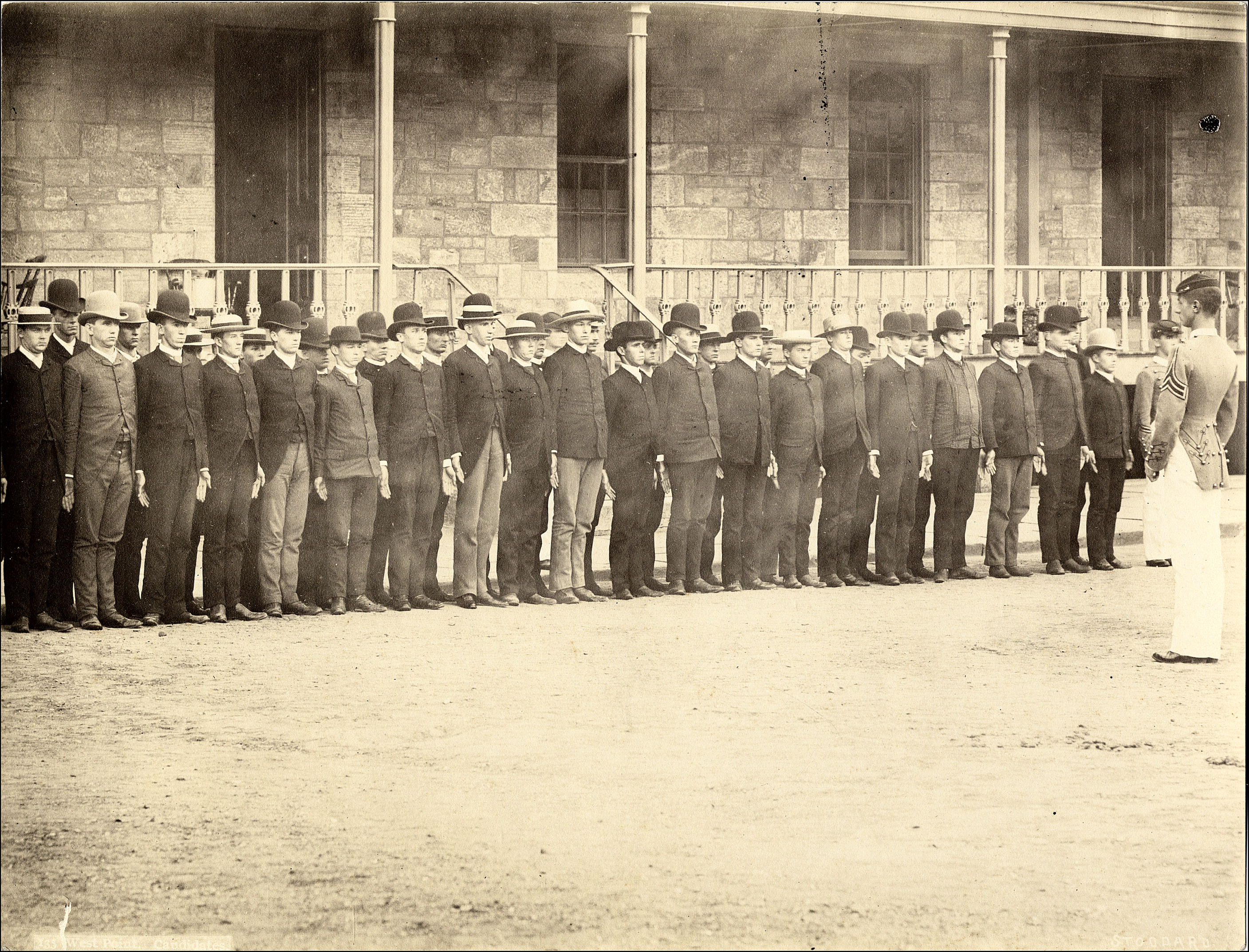 Stoddard created this fanciful trademark logo depicting himself astride his camera.  He is holding other symbols of his trades, including writing pen and paint pallet, flying in pursuit of wealth with the aid of his “lance,” an artist’s mahl stick.  We can thank him for the great "wealth" he left behind for future generations...his wonderful photographs.