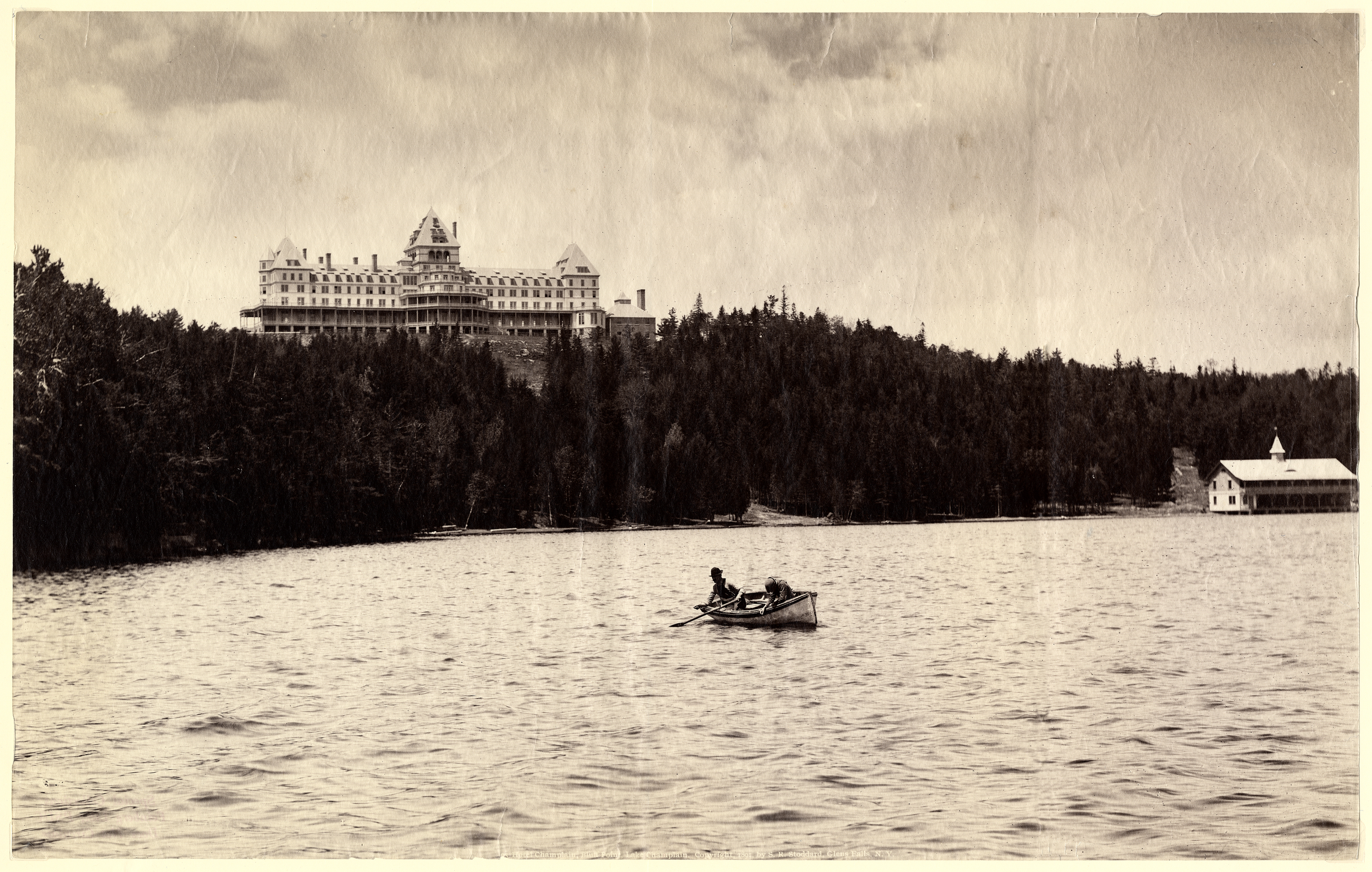 The original Hotel Champlain, on Bluff Point a few miles south of Plattsburgh, opened in June of 1890.  It was the most luxurious hotel of its era in the Champlain Valley, photographed here from the steamboat pier by Stoddard in 1891.   The hotel boathouse is at the right.  The hotel burned down on May 25, 1910, and was replaced by a slightly smaller, second Hotel Champlain that opened in 1911.  That facility became the home of St. Bellarmine College & Novitiate in 1951, and then Clinton Community College in 1966. 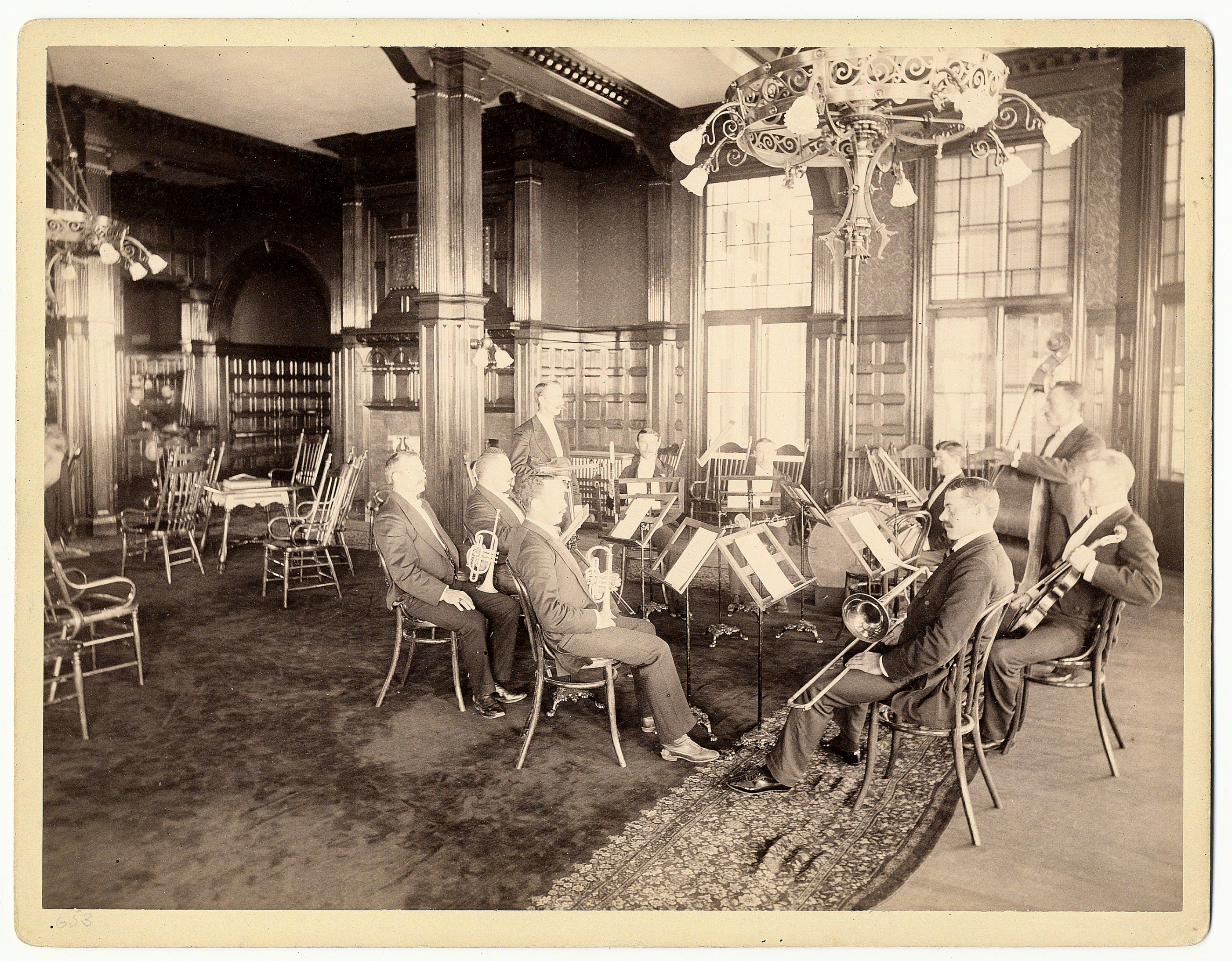 A small orchestra set up in the main lounge of the hotel provided a live musical ambiance for guests. 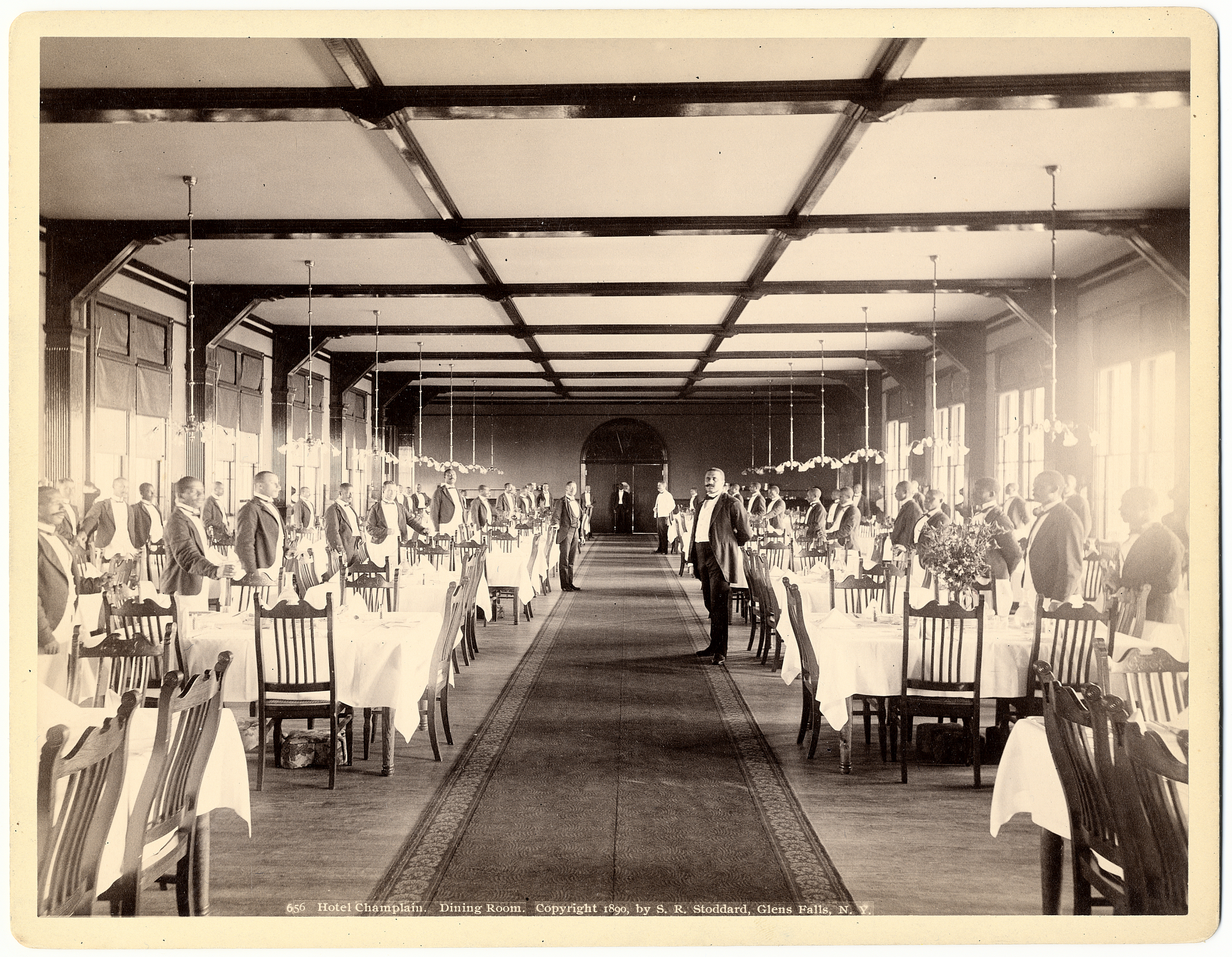 The hotel provided elegant dining.  Here Stoddard captured the dining room in 1890 ready for service, where we see a wait staff that is almost exclusively African-American. 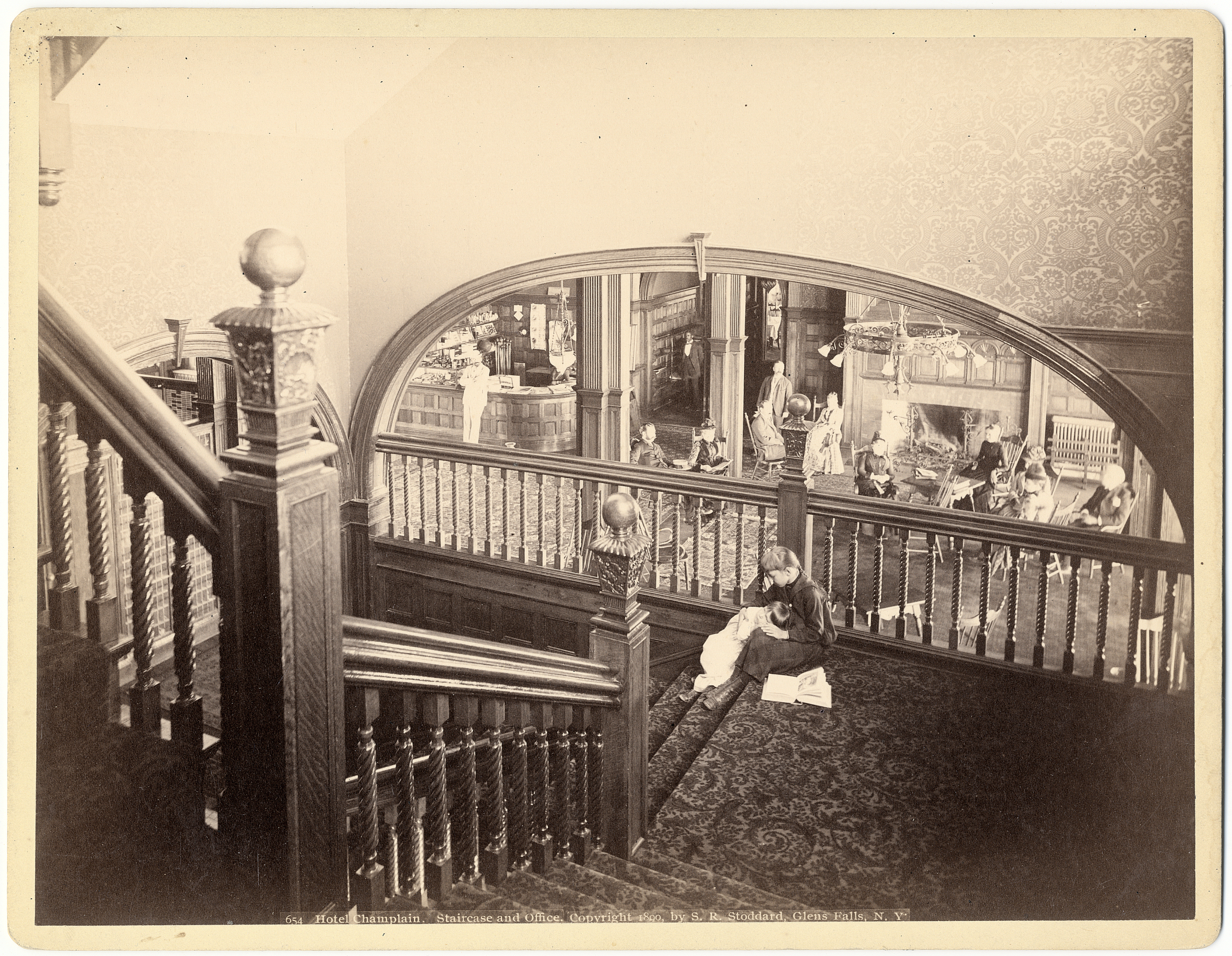 This beautifully composed photo shows the stairway and office in 1890.  There were 260 rooms in the original hotel, which could accommodate 400 guests.

A View from the Top 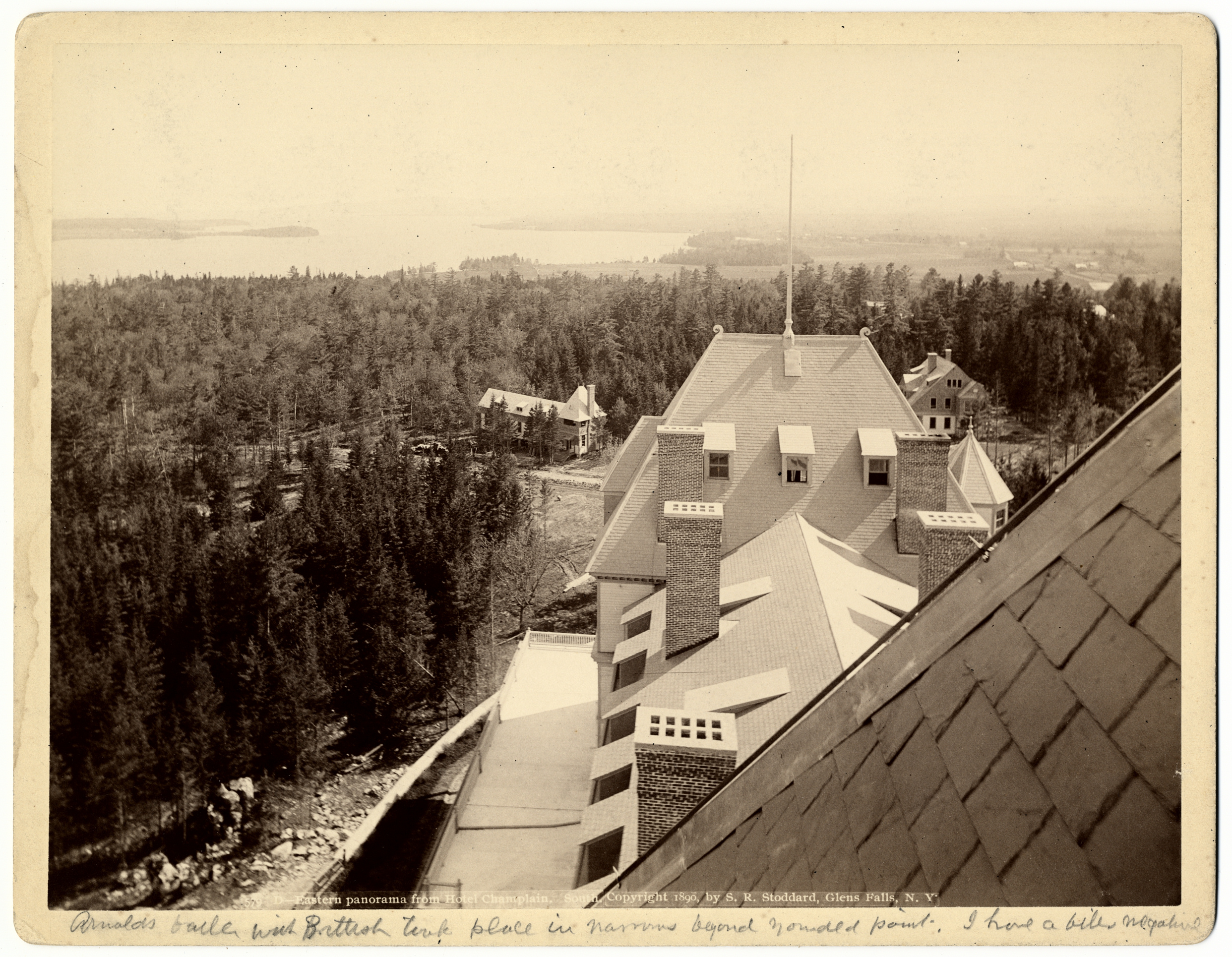 For this unique shot taken in 1890, Stoddard set up his camera on one of the small window balconies on the central roof section of the hotel.  Looking southeast, two of the hotel's "cottages" are visible, with Lake Champlain in the distance. 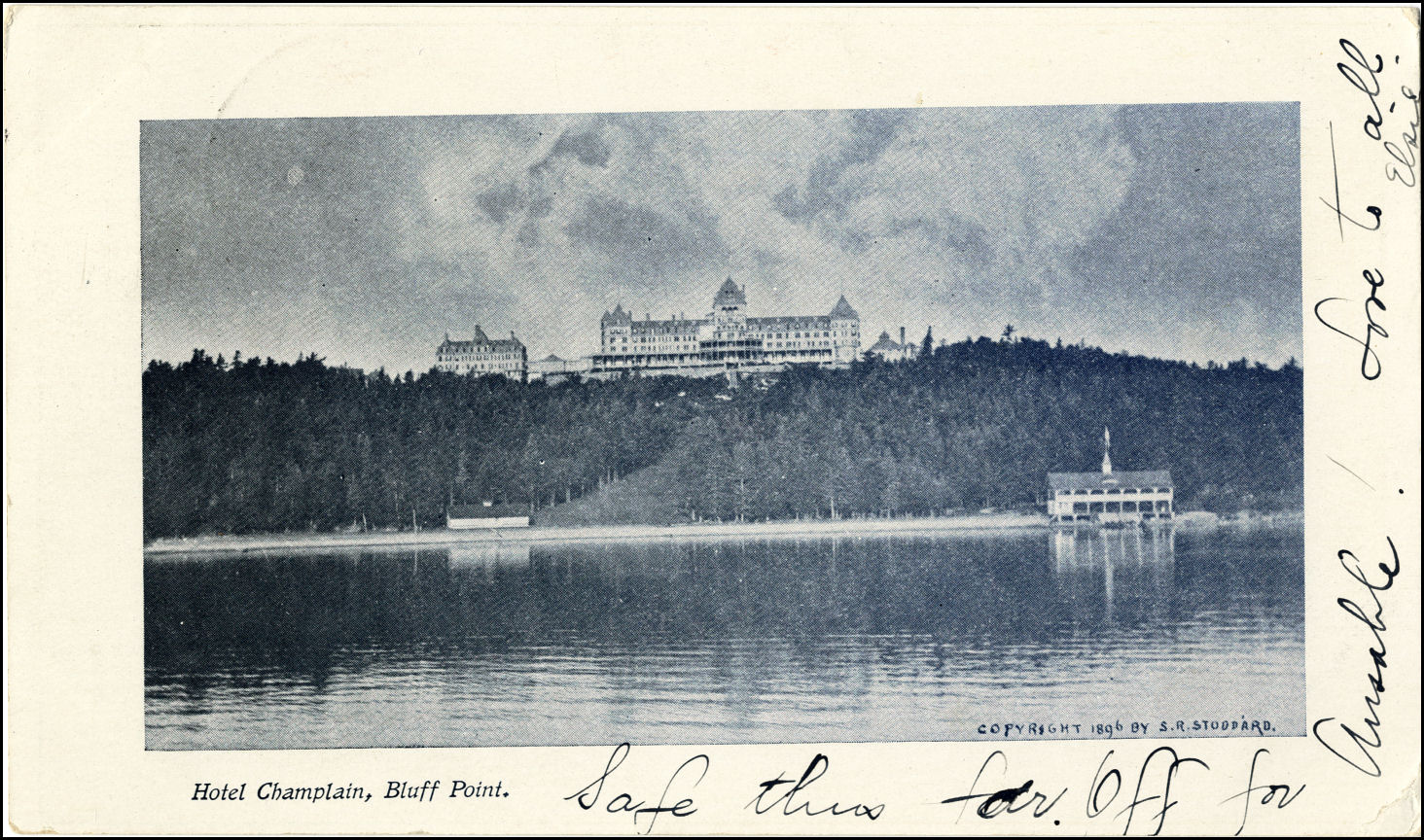 In the early 1900s, Stoddard began making postcards with his photographic images.  This postcard design was copyrighted in 1903 and depicts the Hotel Champlain with a photo he took in 1896.  It was mailed from the hotel in 1905.