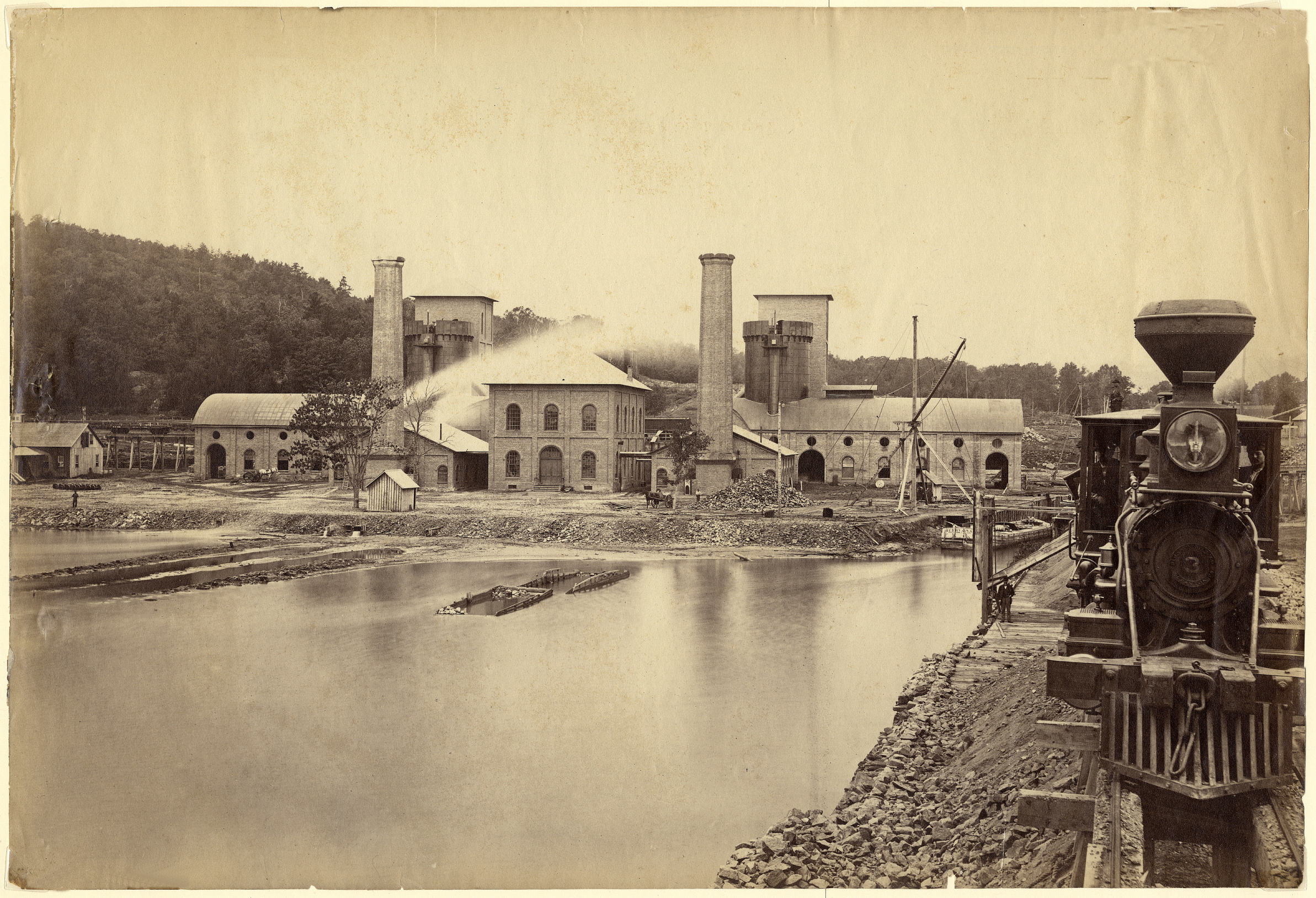 During the 19th century, the mining and smelting of iron ore was an important regional industry that Stoddard helped to visually document.  These two photos were taken from the pier on Lake Champlain at Crown Point, and show the two blast furnaces of the Crown Point Iron Company that were built in 1873 and 1881.  Houses for workers are seen in the right photo.

This beautiful shot of the Tahawus blast furnace near Newcomb in Essex County was taken by Stoddard in 1888.  The furnace was originally enclosed in a wooden structure, and ran for only a short period in 1854. It stood in ruins for 34 years before Stoddard captured this image. The stone edifice still stands, and is well worth visiting.

The locomotive in each photo, the “General Putnam,” brought iron ore from the company’s iron mines at Hammondville about 12 miles to the west.  A pile of iron bars (pigs) cast in the furnaces is seen at the bottom of this photo, awaiting shipment.  The furnaces were overhauled in 1901, and stood until 1905.

Several aspects of the Adirondack iron industry were photographed by Stoddard, including charcoal kilns which provided the fuel for smelting ore in bloomery forges and blast furnaces.  The beehive-shaped kilns seen here in 1891 were on the “Narrows” between Upper and Lower Chateaugay Lake.  The steamboat was the Adirondack, which carried sightseers along the lakes. 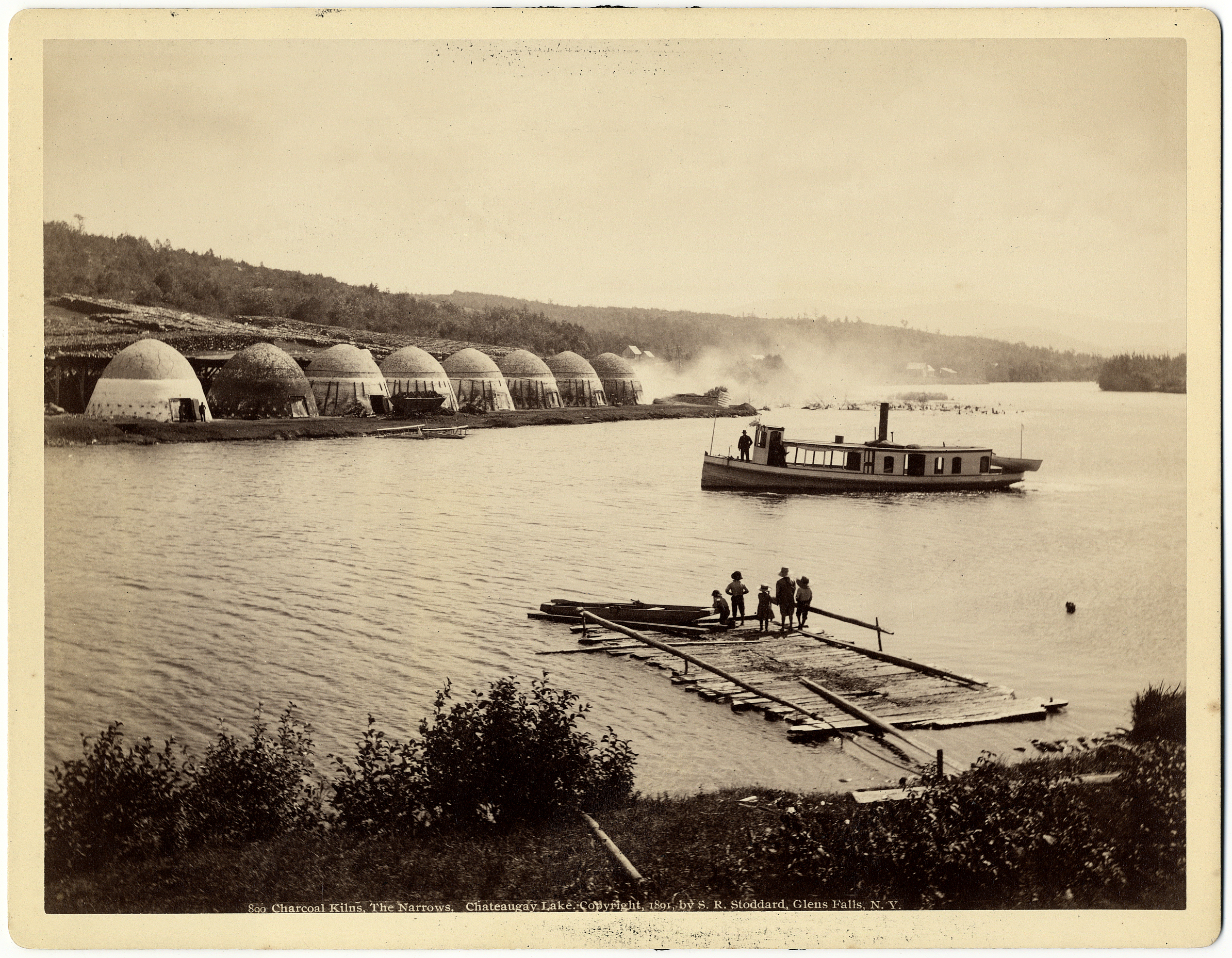