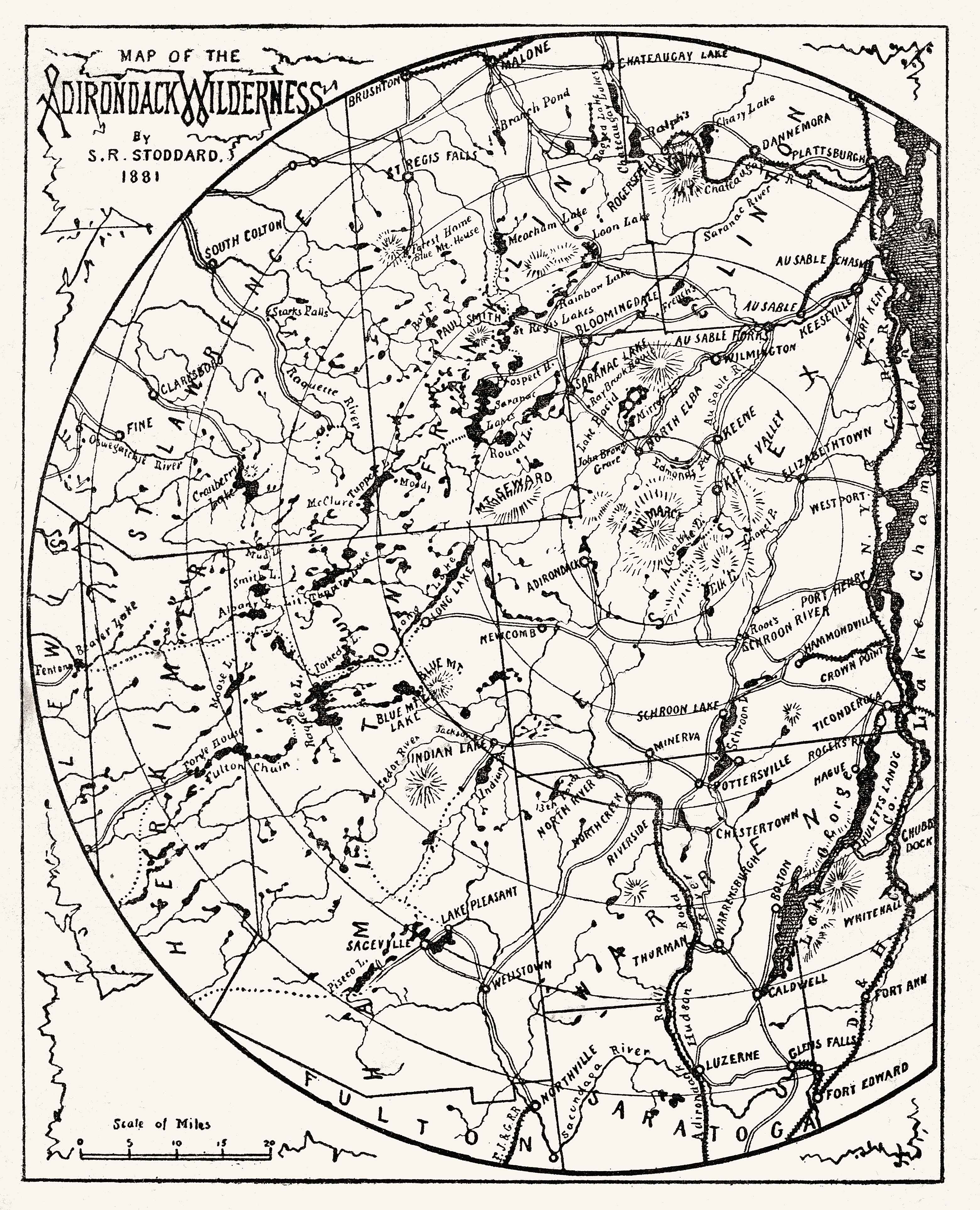 As part of Stoddard's guidebook to the Adirondacks, he included maps drawn by himself to help orient visitors.  This map was included in his 1881 Adirondacks Illustrated, and showed lakes, rivers, mountains, roads, towns, and approximate distances with circles spaced 10 miles apart, centered on Mount Marcy. 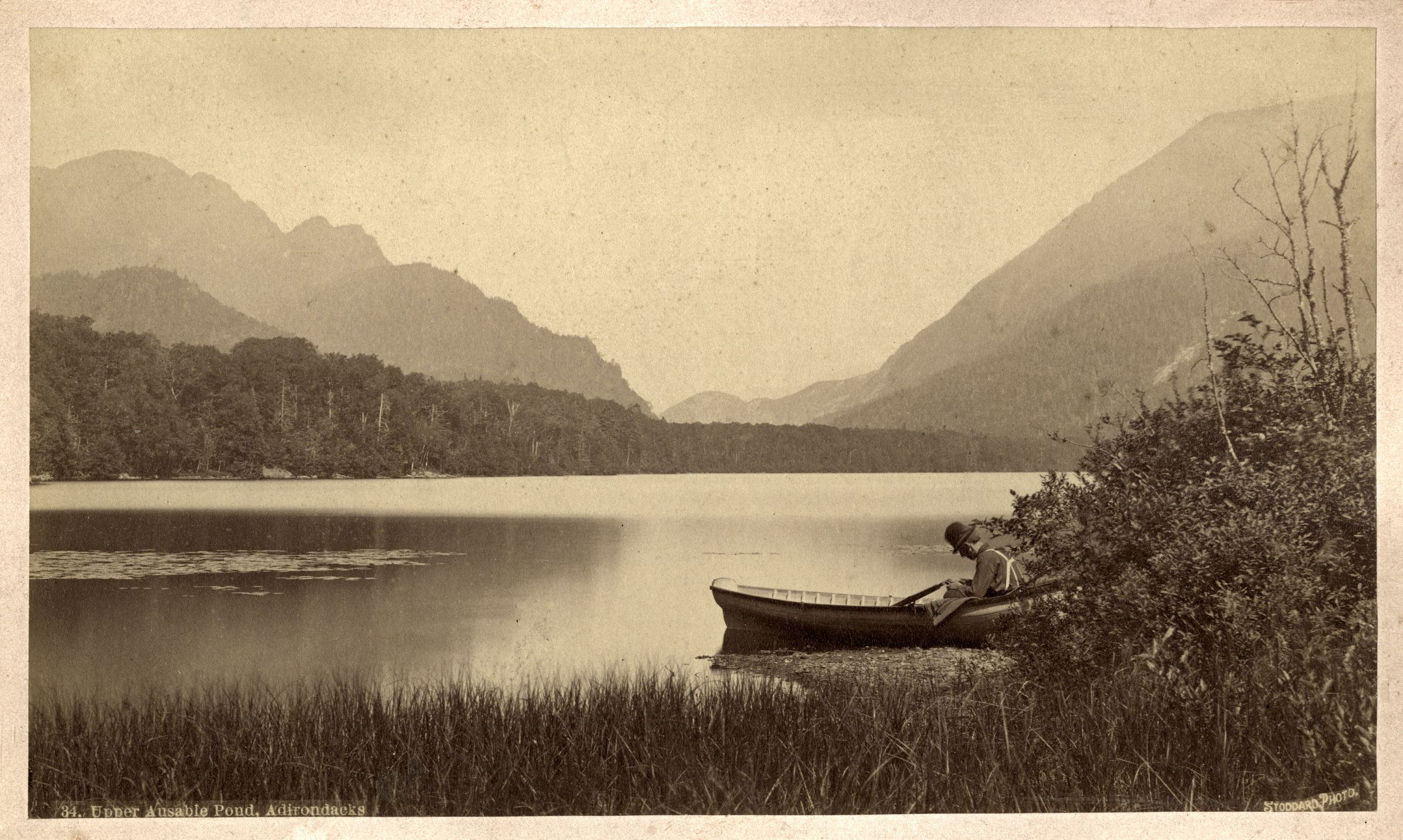 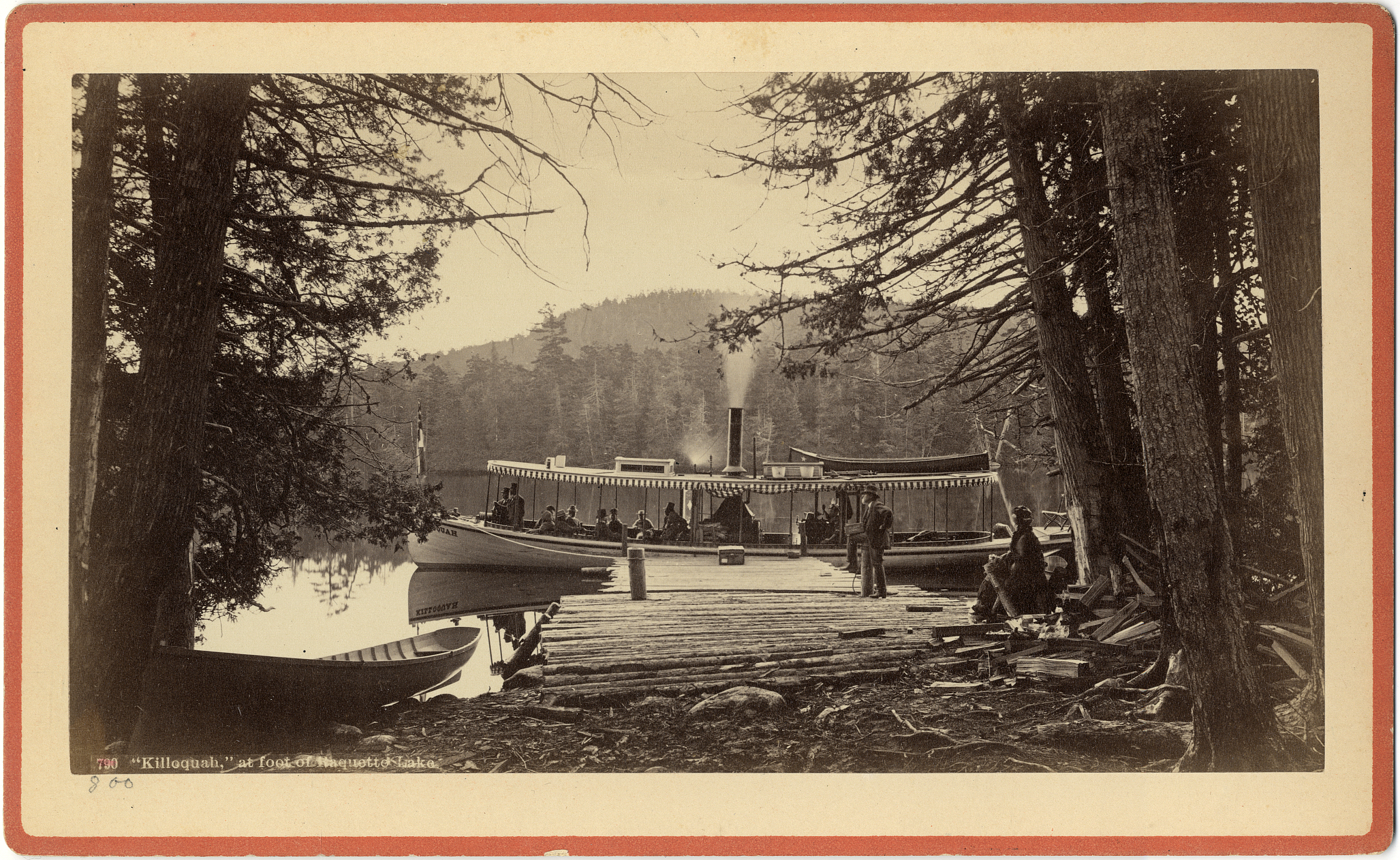 The steamboat "Killoquah" at a dock on Raquette Lake, 1880s. 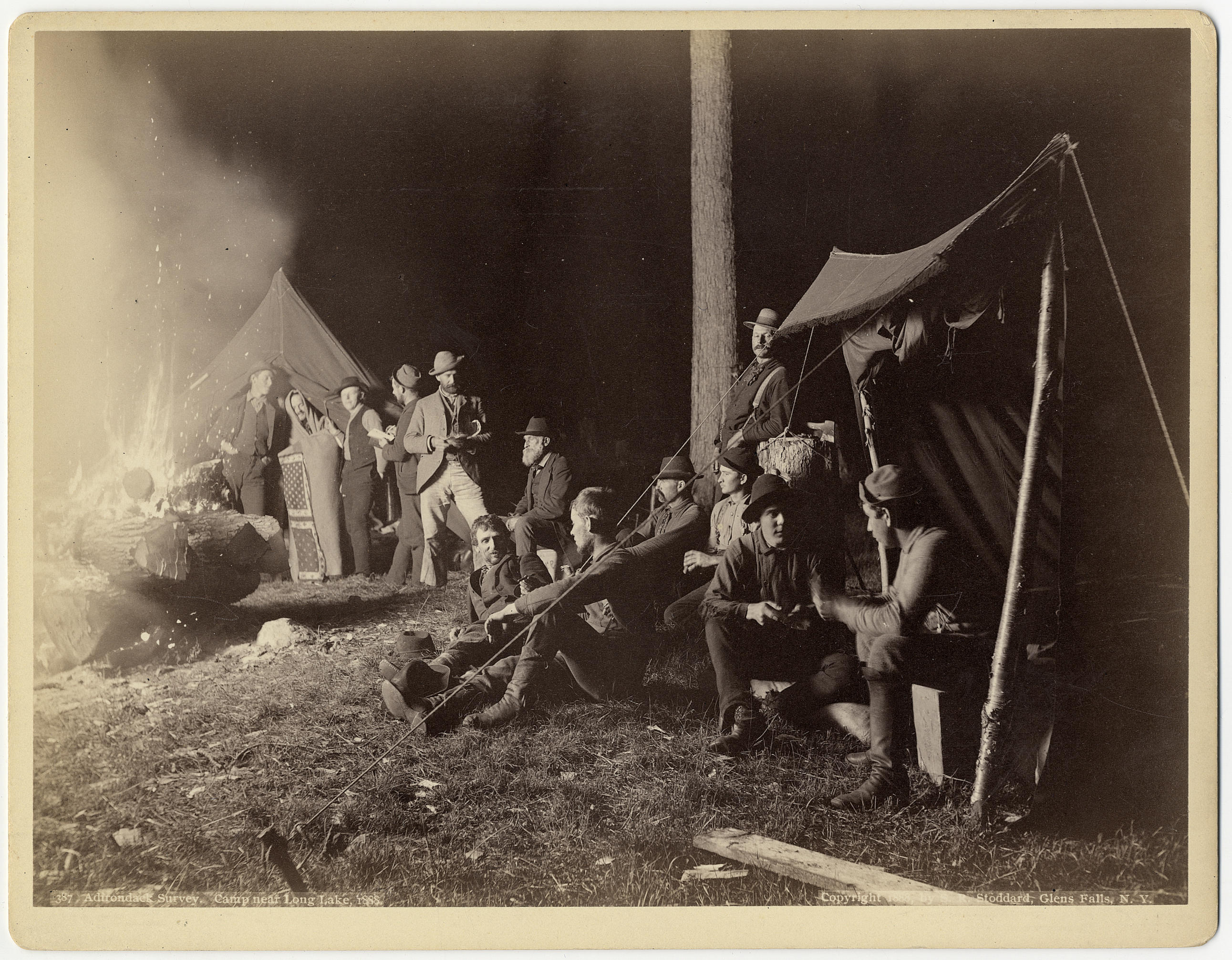 Stoddard took this photo while serving as the photographer for the 1888 mapping of the rugged Adirondack region by the New York State Survey, headed by Verplanck Colvin.  Colvin stands next to the tree, at a survey camp near Long Lake. 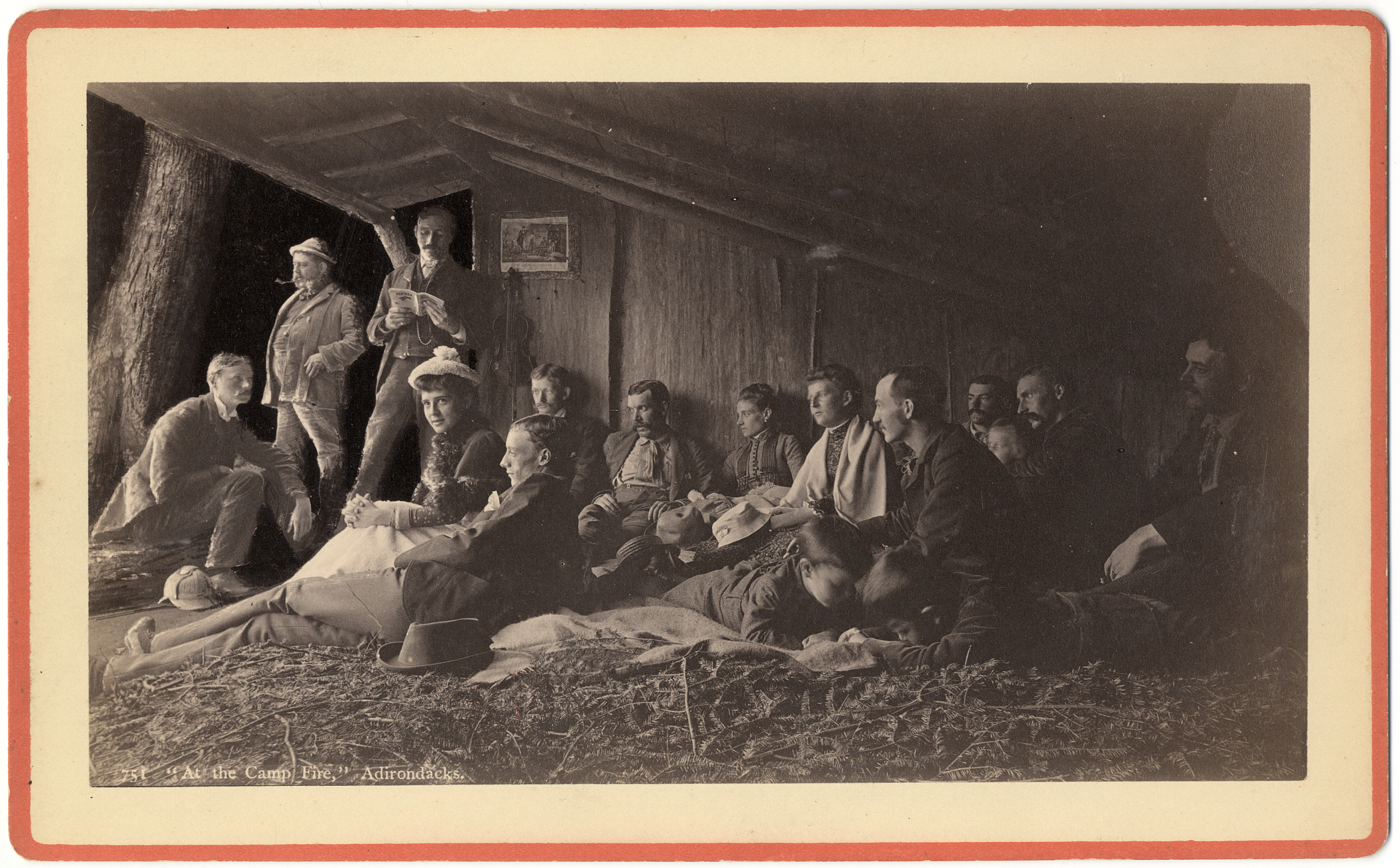 While titled “At the Camp Fire,” this 1880s photo was actually a daytime shot of tuberculosis patients from the Adirondack Cottage Sanitarium in Saranac Lake, enjoying the healthful Adirondack air in a lean-to.  Stoddard blacked out the area behind the men at the left to make it appear to be a nighttime gathering illuminated by fire light. 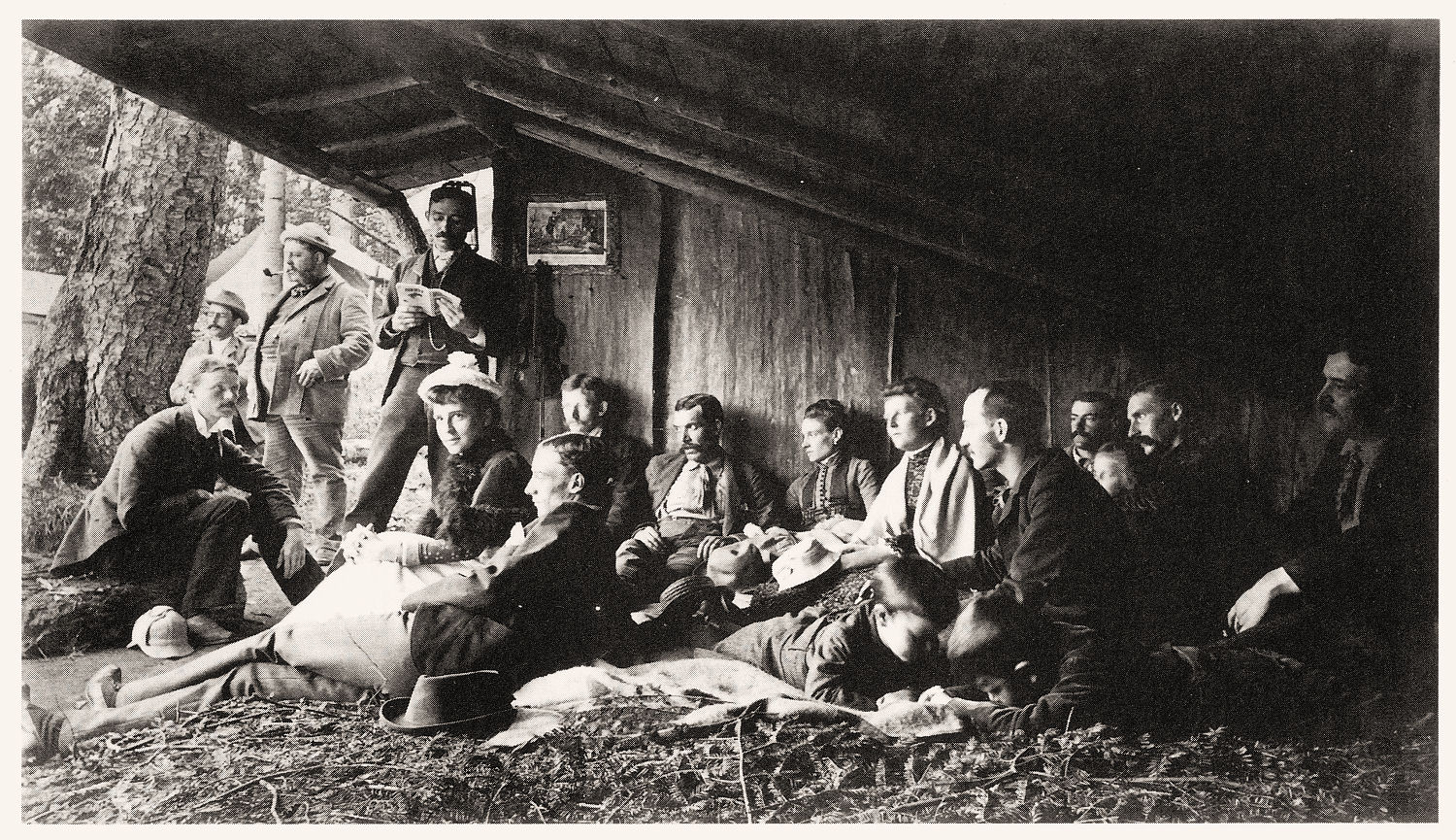 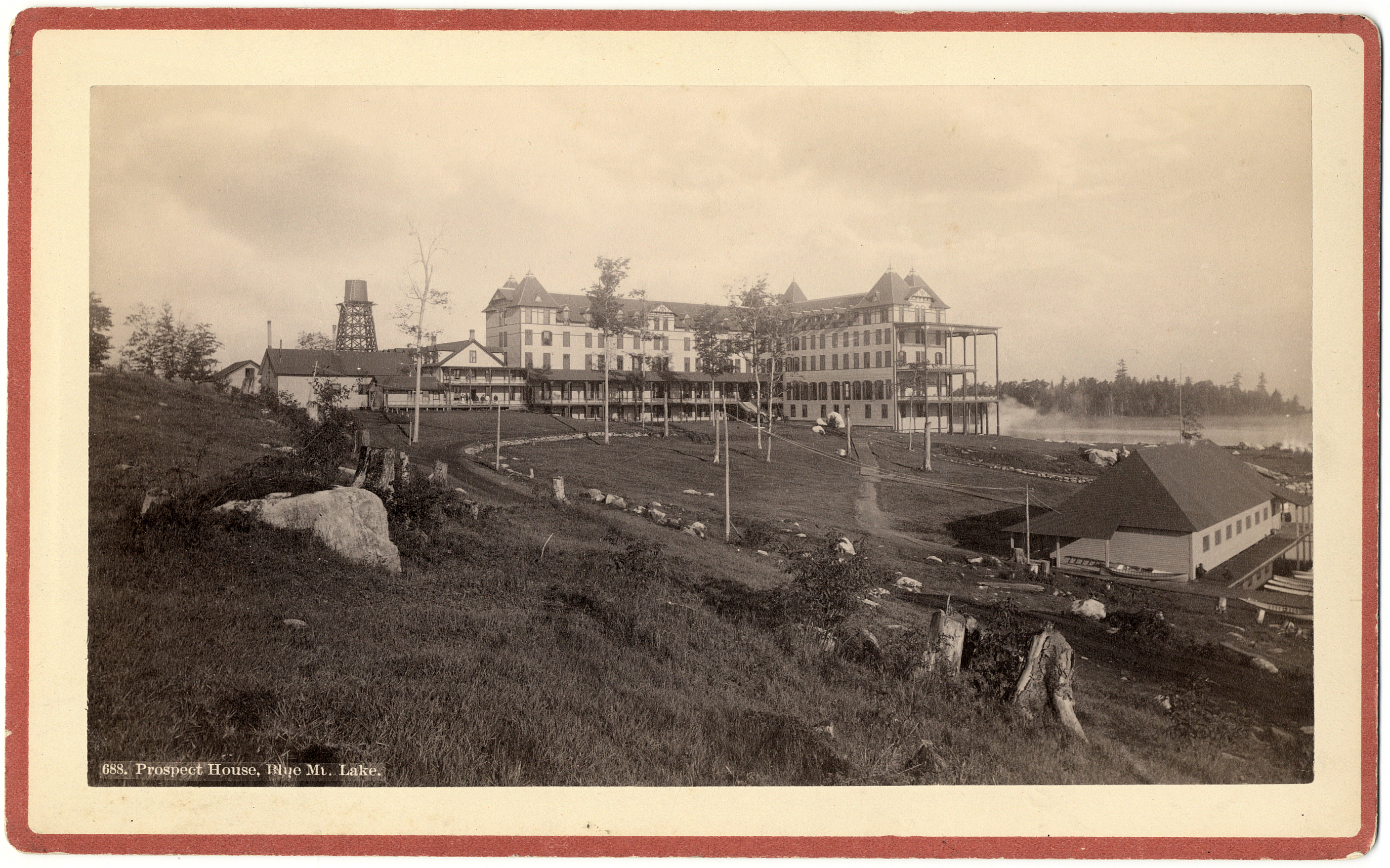 The Prospect House hotel at Blue Mountain Lake was completed in 1882 and became the most luxurious hotel in the Adirondacks.  It was the first hotel in the world to have electric lights in each of its 300 rooms, wired by Thomas Edison, and even had a steam powered elevator. 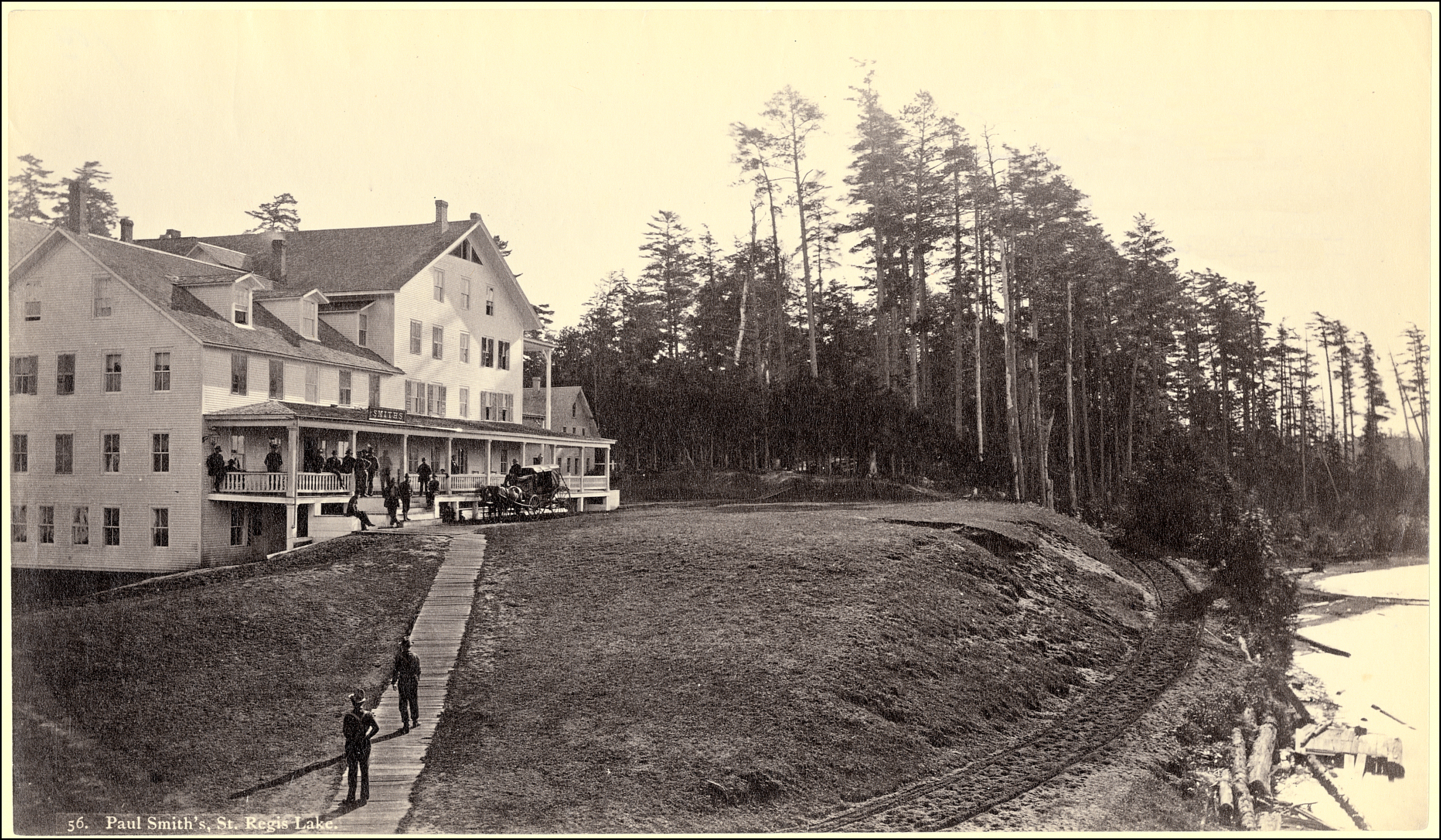 Apollos (Paul) Smith’s Hotel on Lower St. Regis Lake, 1880s.  Smith’s hotel began with 17 rooms in 1858, and expanded to 255 rooms at its height.  The hotel burned down in 1930, and Paul Smith’s College was later built on the site, founded with a bequest from Phelps Smith, son of Paul. 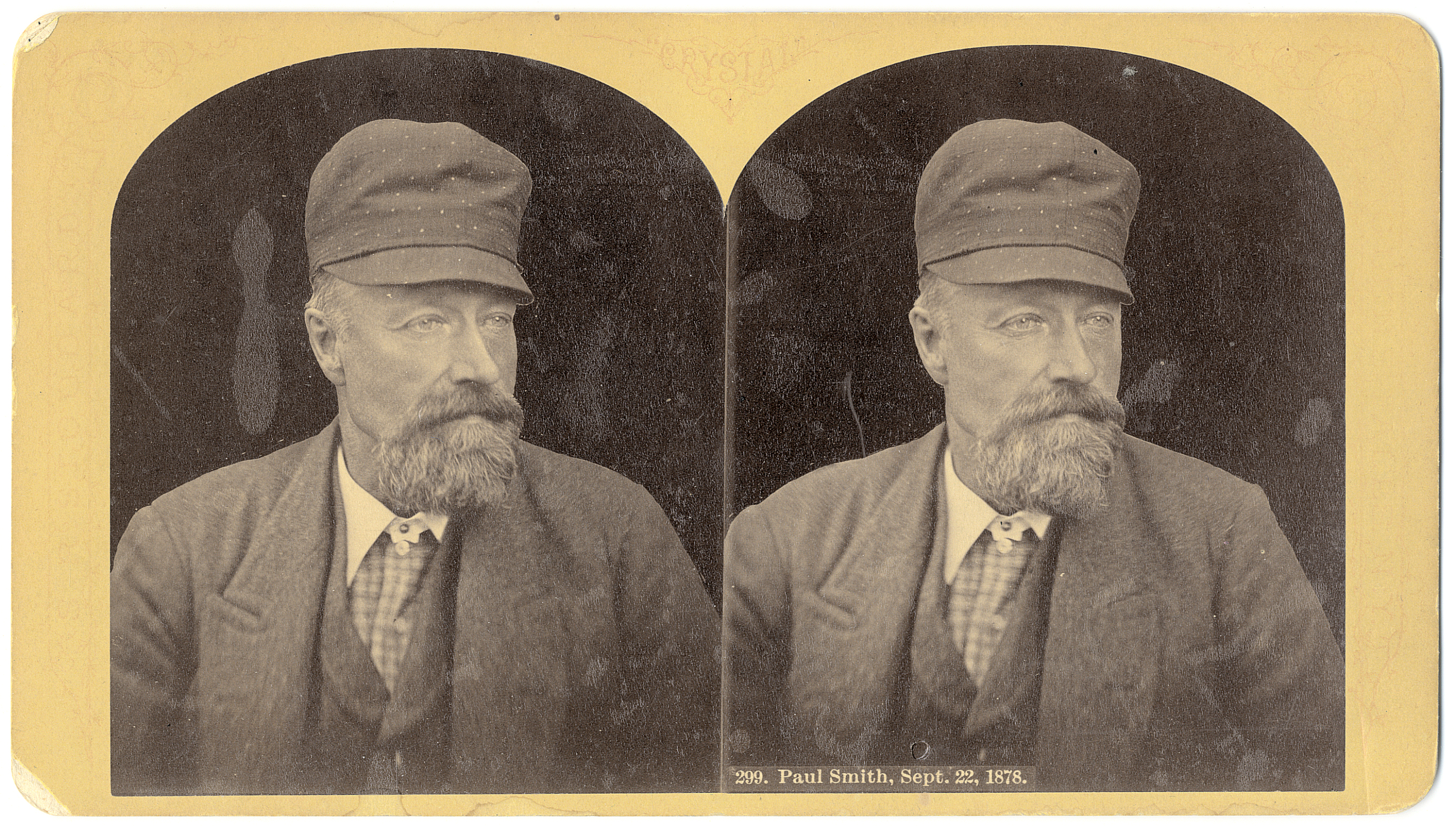