"The Sentinel" formation in Ausable Chasm 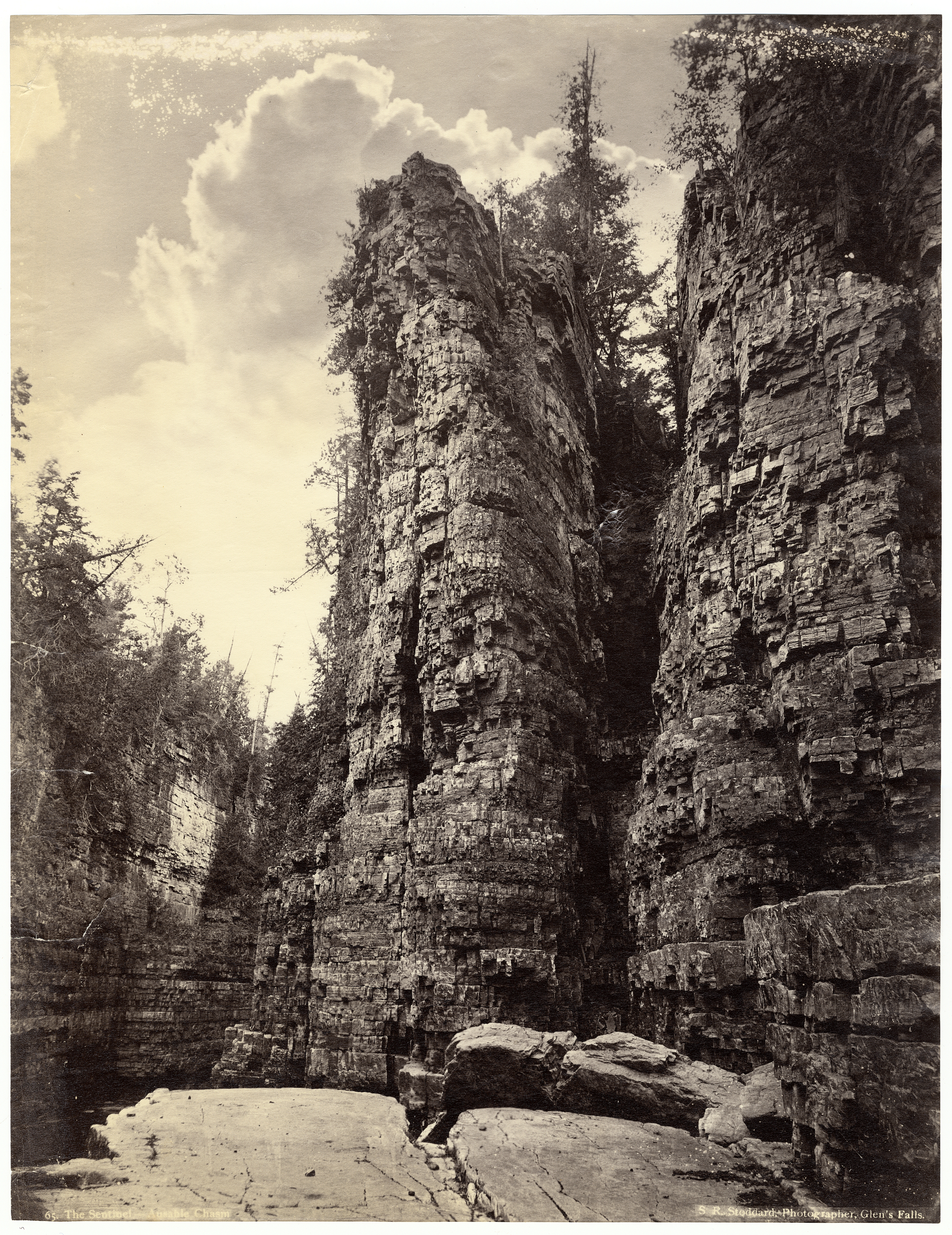 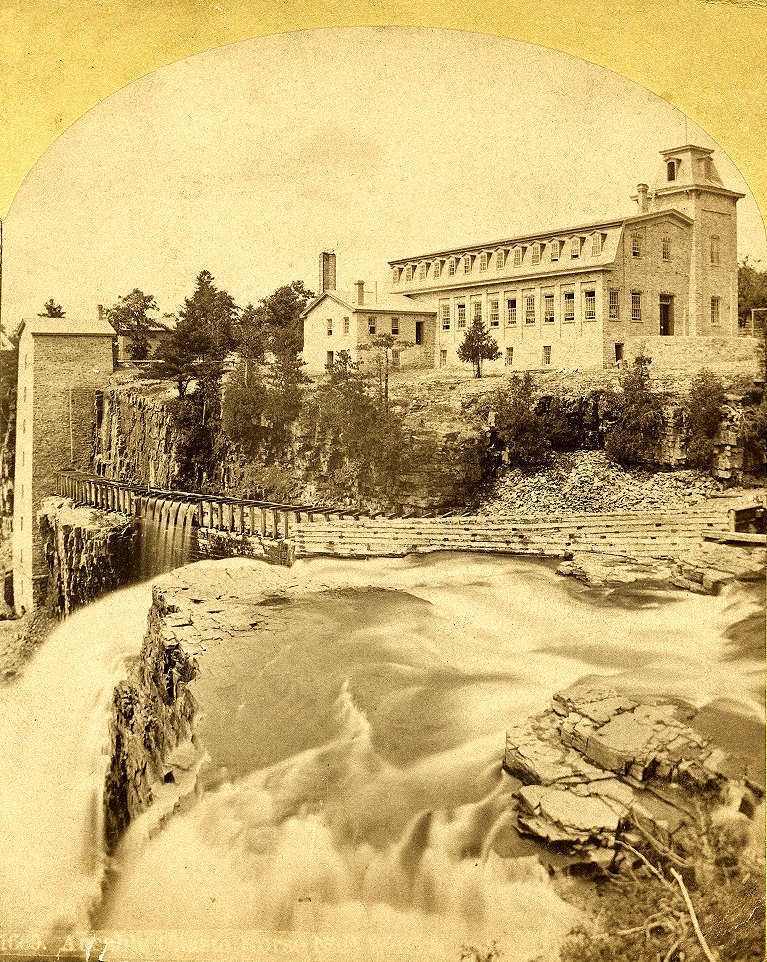 This horse nail factory with its tall wheel house (for turbine water power) was located close to Rainbow Falls at the beginning of the chasm, and was the subject of several photos by Stoddard.

Located 12 miles south of Plattsburgh close to Lake Champlain, the 1.5 mile long chasm on the Ausable River was one of Stoddard's earliest photographic subjects.  With majestic and varied sandstone formations, the chasm officially opened to the public in 1870, and became one of the region's greatest tourist attractions.  Small boats could take visitors along a section of the chasm, as captured by Stoddard in this photo of the Grand Flume. 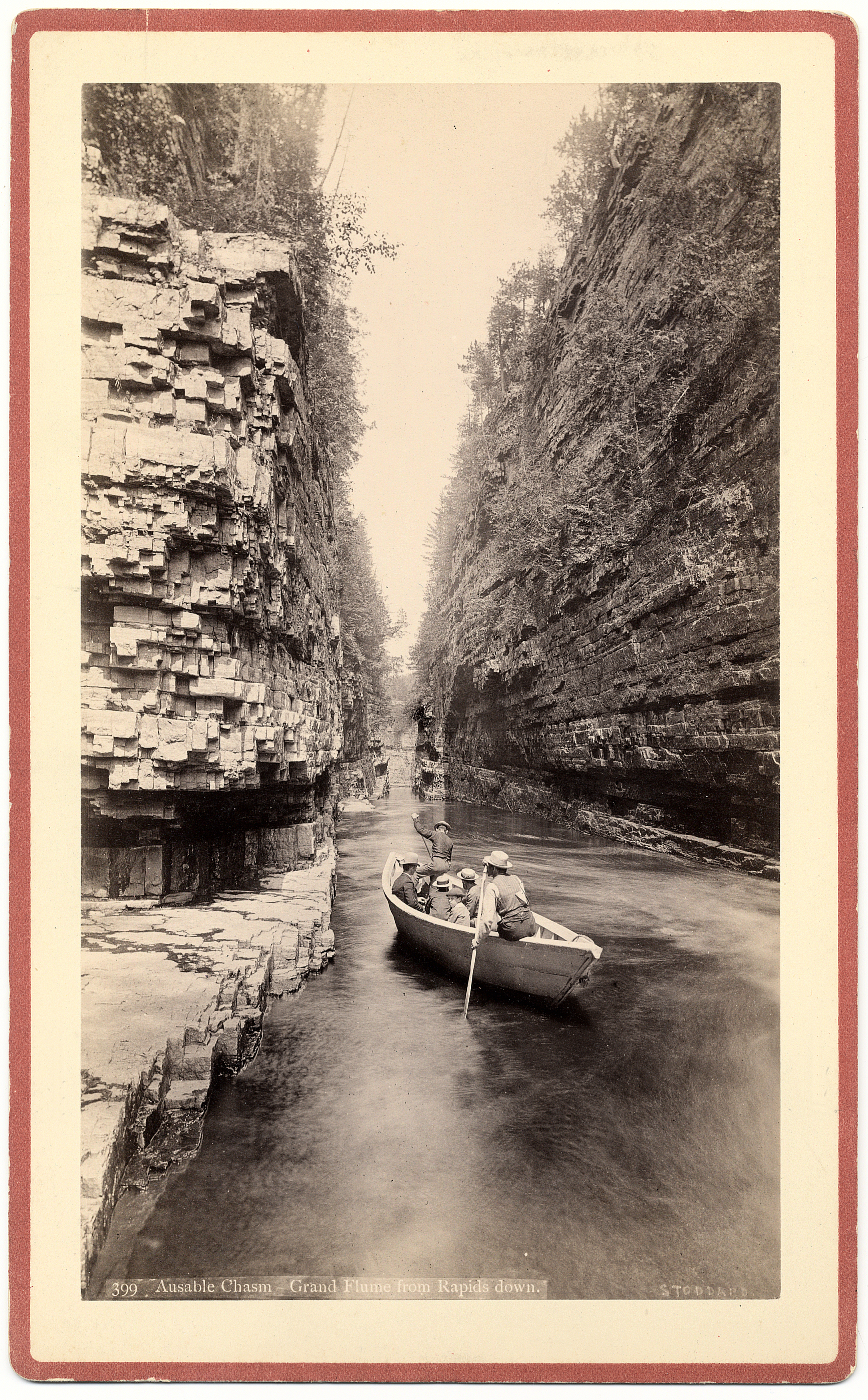 At work in Ausable Chasm 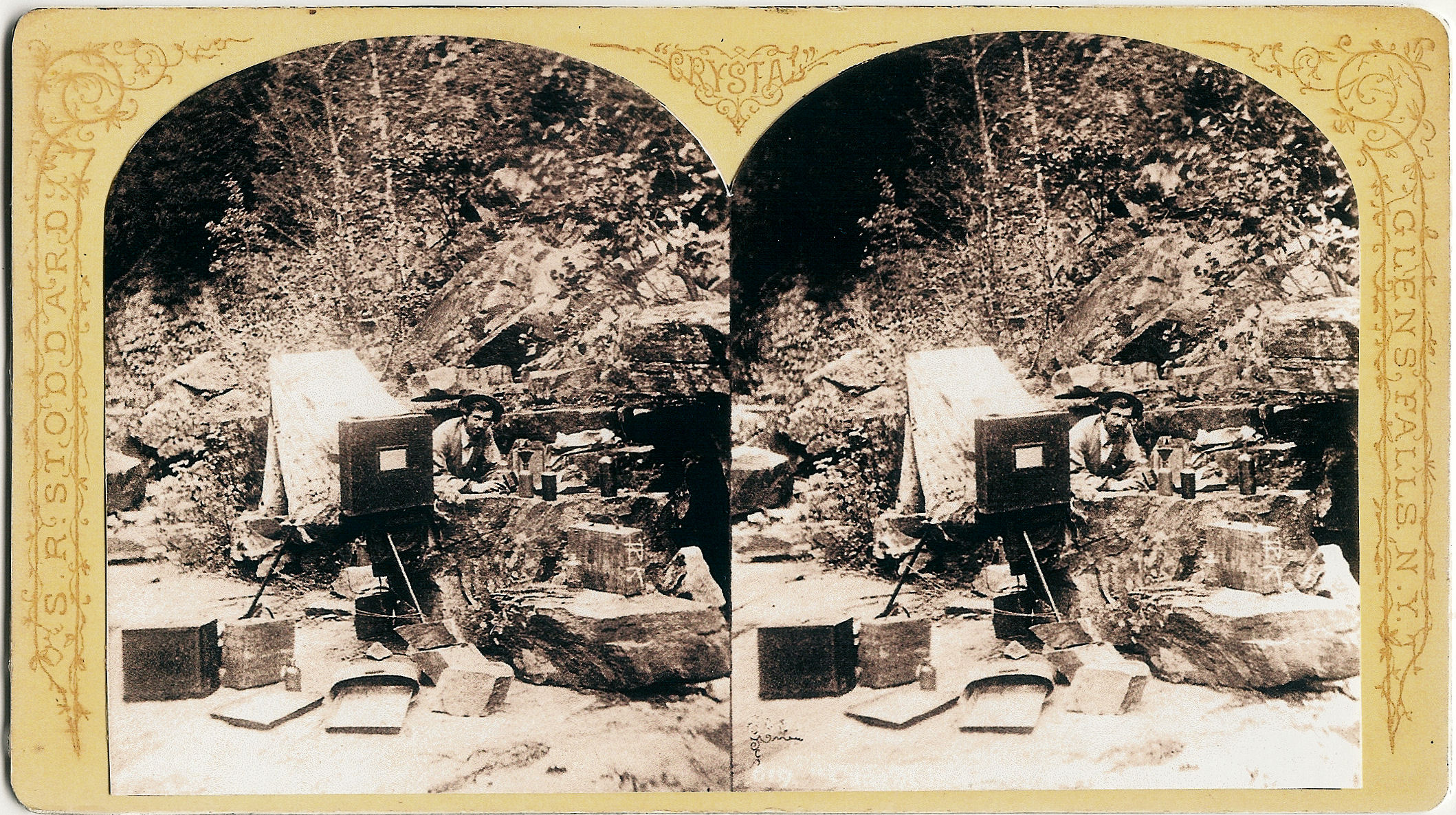 Stoddard took hundreds of photos in Ausable Chasm, most of which were stereoview images.  This one Stoddard took of himself and his portable darkroom equipment in the chasm (collection of Gordon Pollard).