Kansas was an emerging state, and had yet to proclaim itself slave or free. Brown and two of his sons went to Kansas to help persuade the people to vote against slavery, and were involved in a bloody encounter with another group working for the South.

On May 21 and 22, 1856 a group of pro-slavery men attacked the free-state town of Lawrence.  Two people were killed, buildings were burned and newspaper presses destroyed.  Two days later, Brown with some of his sons and others attacked the settlement of Pottawatomie and murdered five pro-slavery men. 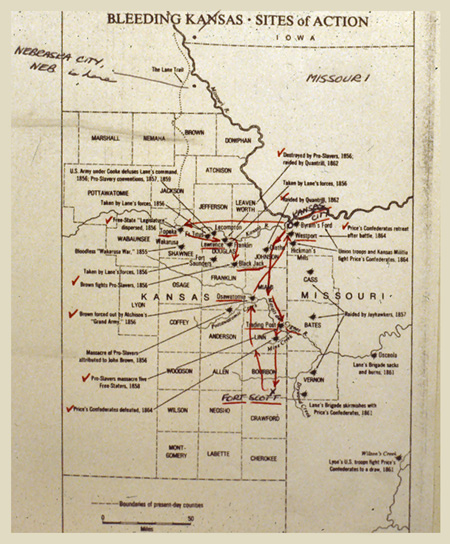 Eight days after the massacre, another skirmish between Brown and pro-slavery Missourians took place at Black Jack Springs.  On June 2, Brown surrounded the troops, killed four men, wounded several others and captured horses and arms.

In the months that followed, Brown and his men were active along the Kansas-Missouri border and on August 30, 1856 a heated battle took place at the small village of Osawatomie.  Five of Brown's followers were killed including his son Frederick.  Osawatomie was eventually burned to the ground.  The action earned Brown the nickname "Osawatomie" and hardened his stand against slavery.

Brown would later remark "I have only one death to die, and I will die fighting for this cause."  This he carried out three years later in Virginia.

Brown's plan at Harper's Ferry, Virginia was to seize the United States armory and use the weapons to free the slaves in the area.  His belief was that the slaves would join him in fighting for their freedom.

On Sunday October 16, 1859 the late night raid on the armory began.  Brown and 21 recruits including his sons Oliver, Owen and Watson sneaked up on the armory.  The small group of raiders seized the armory and arsenal.  Throughout the night they took several more buildings before any shots were fired, but by morning on the 17th, after the initial confusion of the previous evening the town was up in arms.  Many farmers and soldiers began firing at the raiders and Brown and his men were forced to retreat to the fire-engine house on the armory grounds. 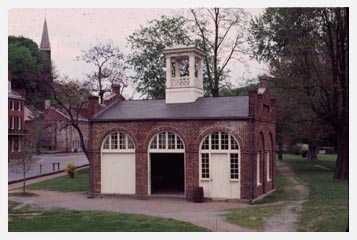 A company of United States marines commanded by Colonel Robert E. Lee arrived on the morning of October 18th.  Their purpose was to retake the engine house and capture Brown and what remained of his band of raiders.  Lee sent J.E.B. Stuart to the engine house with a note ordering Brown to surrender.  Brown declined and stated "he would only surrender if he and his men were allowed to escape."  While Brown and Stuart were talking, marines and state militiamen stormed the fortress.  The raiders fired back but the soldiers soon beat down the door and were inside.  John Brown was struck by the sword of a marine then beaten until he was unconcious. 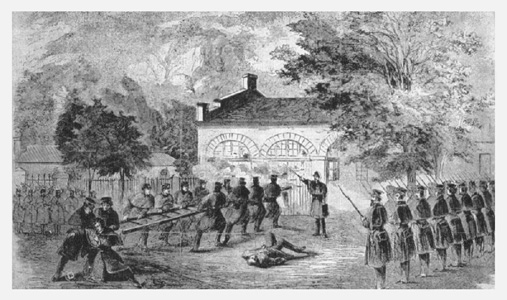 When all was over, three local men, two marines and ten raiders were killed, including Brown's sons, Oliver and Watson.  John Brown and those raiders who didn't escape were taken prisoner and put on trial in Charles Town, West Virginia.